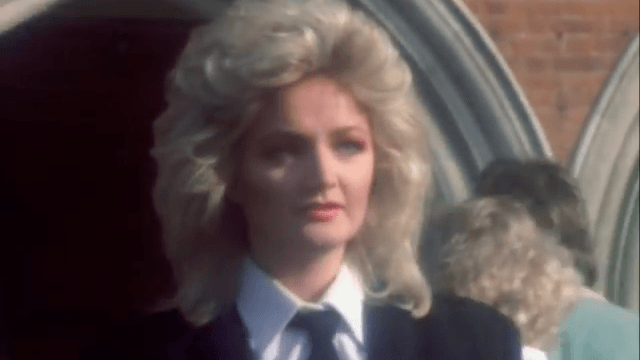 And now, the best thing to ever happen to an 80s song since Rick Astley’s rickroll...Bonnie Tyler will sing "Total Eclipse of the Heart" during the actual solar eclipse.

Time.com reports that Bonnie will sing her 1983 hit onboard Royal Caribbean's Total Eclipse Cruise, which is set to be in the path of the solar eclipse. Her performance will coincide just as the moon moves across the sun.

Thankfully, the Weather Channel will be broadcasting from the cruise ship, so viewers can see this magical moment.

Bonnie explained, "The eclipse of the sun lasts two minutes and 40 minutes, I'm told. Unlike my song. It had to be chopped about because it was so long. I never thought it would be played on the radio, in the beginning."