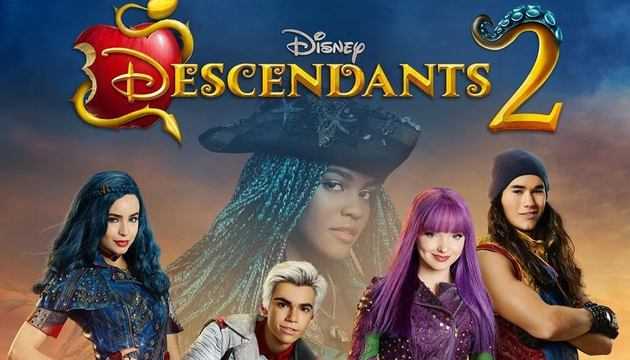 We may have a bit of a wait until the highly anticipated Descendants 2 comes to Disney Channel, but thankfully, there will be a special airing on July 7 to hold you over until the July 21 premiere.

Descendants 2 star China Anne McClain, who plays Uma, Ursula’s daughter, shared the first peek of the Descendants 2: It's Going Down behind-the-scenes special about the sequel. It'll be hosted by one of the stars, Anna Cathcart, who plays Dizzy, Drizella’s daughter.

As the YouTube description notes: “When the pressure to be royal becomes too much for Mal, she returns to her rotten roots on the Isle of the Lost where her archenemy Uma, the daughter of Ursula, has taken her spot as self-proclaimed queen of the run-down town. Uma, still resentful over not being selected by Ben to go to Auradon with the other Villain Kids, stirs her pirate gang including Captain Hook's son Harry and Gaston's son Gil, to break the barrier between the Isle of the Lost and Auradon, and unleash all the villains imprisoned on the Isle, once and for all.”