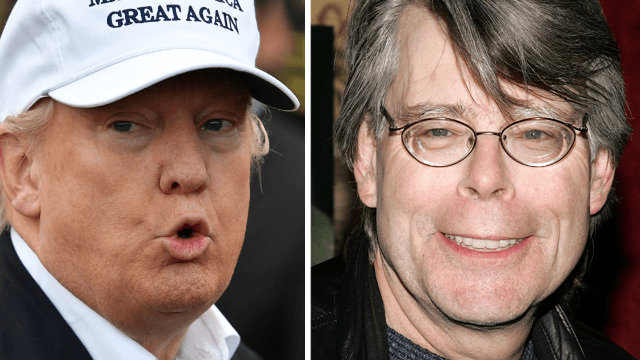 Stephen King finally takes revenge on Donald Trump for blocking him on Twitter.

Trump has blocked me from reading his tweets. I may have to kill myself.

But now, with the coming of his movie, IT, and TV series, Mr. Mercedes, it's the perfect time for King to strike back. Time for a ban of his own.

"I am hereby blocking [Trump] from seeing IT or MR. MERCEDES."

Donald Trump blocked me on Twitter. I am hereby blocking him from seeing IT or MR. MERCEDES. No clowns for you, Donald. Go float yourself.