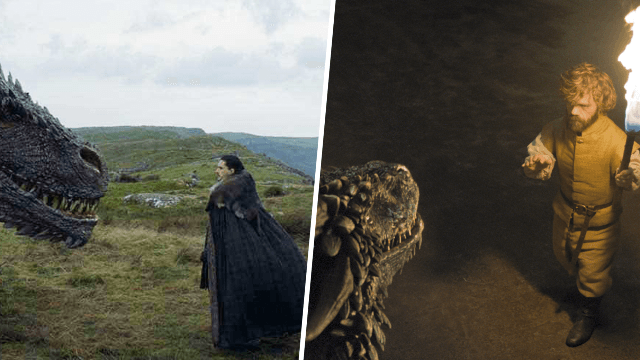 Last week's Game Of Thrones was less eventful than it's predecessors in terms of big battles, epic reunions, and savage old-lady takedowns — but it was actually one of the most eventful episodes in terms of clues and subtle revelations. (See Gilly and Sams "annulment" scene.)

One of the best moments in the episode was when Dany and Drogon, fresh off their epic and catastrophic Loot Train attack, landed in front of Jon Snow. Drogon, like a stranger's dog, tentatively walked up to Jon, and sniffed him out. Jon, showing the confidence of someone who's actually standing in front of a green puppet instead of a real dragon, reaches out his hand and pets the vicious beast.