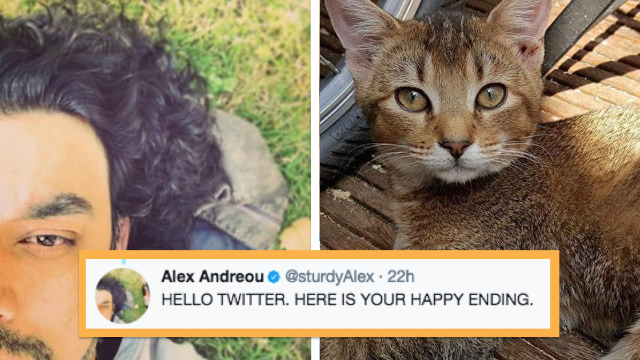 Guy turned down from adopting a cat because he's gay. The Internet found a solution.

On August 22, a man named Alex Andreou tweeted a really upsetting story about how he wasn't allowed to adopt a rescue cat from a very close-minded woman because he was gay. The man, not the cat.

Immediately, however, Andreou began to get offers from people on the internet saying they'd adopt the cats (suddenly it became plural) and just give them to him. That seemed like a great idea, but on August 23, Andreou tweeted that it didn't seem like it was going to work out after all.

I have another update and it's not good news. This just in, from the friend who was getting the kitties for me. pic.twitter.com/5fSW7oVqvU

All of a sudden, the woman who supposedly had the cats changed her mind and decided that Andreou's friend couldn't adopt the cats after all.