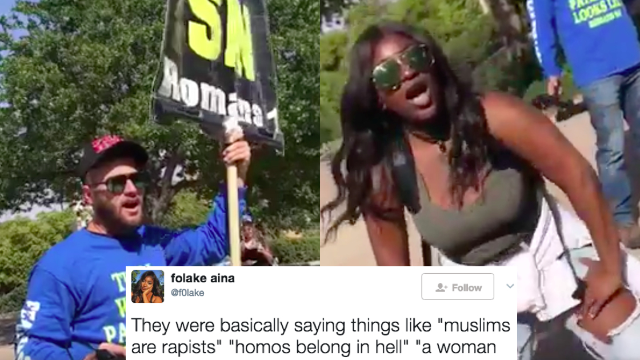 Homophobe tries to preach hate on college campus and gets shut down with a dance party.

Apparently if you want to be a homophobic, Islamophobic, misogynist, hate-mongering nut job, the campus of University of California, Irvine, is not the place to do it. Because these students don't stand for hate.

When a man showed up at the school's campus this week preaching homophobia, misogyny and anti-Muslim hate speech, several black students stood up to him, argued with him, ridiculed him, and then eventually shut him down with an all-out dance party, while many other students surrounded them and cheered them on. The whole thing is glorious to behold.

And thanks to a Freshman who goes by "Folake Aina" on Twitter, we can watch the funny and extremely moving video of this anti-hate dance party again, and again, and again: