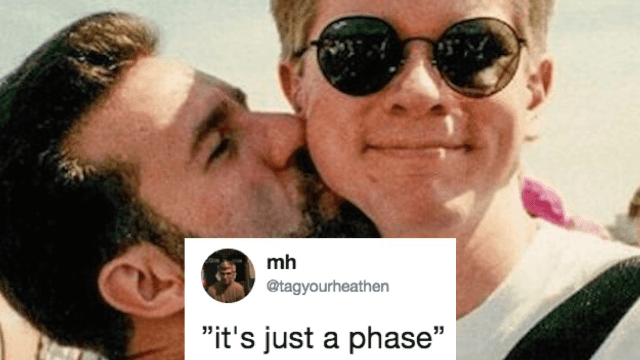 Gay couple recreates their 'coming out' photo 25 years later. Twitter is in love.

A gay couple's pride photos, taken 25 years apart, are going viral on Twitter because sometimes we all need a reminder that, at the end of the long-ass day, love wins. Nick Cardello, 54, and Kurt English, 52, are a married couple now living in Tampa, Florida, Buzzfeed reports. In 1993, they attended the March on Washington (for LGBT equality.) And they took this photo, which Cardello says was important because it was "kind of second coming-out for us":

Is this not the most adorable thing you've seen on the internet in at least a while???

But it gets better. Because last week the couple was in DC for the Equality March, and they decided to re-create that same kissing photo 24 years later, in the same spot on the National Mall: