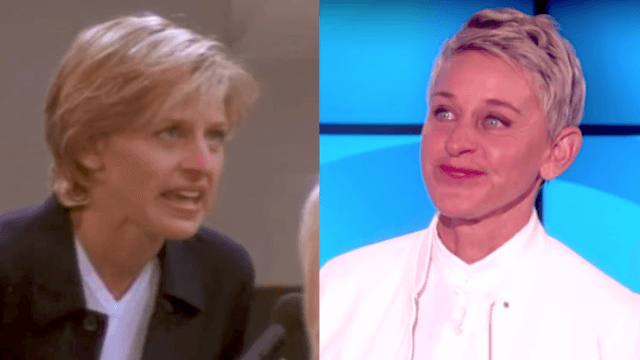 Ellen gets emotional in 20th anniversary celebration of coming out.

On Friday's episode of The Ellen Show, host Ellen DeGeneres celebrated a very special milestone: the 20th anniversary of the day that her sitcom character, and by extension she herself, came out as gay on primetime TV. All these years later, it's easy to forget the media frenzy and heated controversy surrounding that event, so Ellen took time out from dancing and being generally charming to talk to her fans about why she did it, why it was so difficult, and why the success she's seen since then means so much to her.

With tears in her eyes, Ellen told her audience:

The fact that all of you and everyone at home is watching me and willing to accept me into your homes every day when no one thought that would ever happen again, it means the world to me. I thank you.