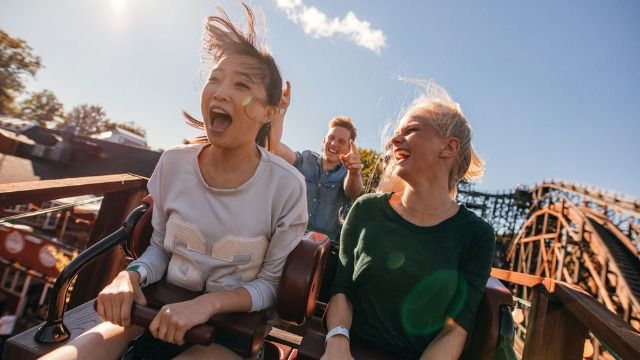 Carnival ride nearly tips over before bystanders come to rescue.

According to the Outdoor Amusement Business Association (OABA) .08% of amusement park injuries require overnight hospitalization, and "from 1987 through June 2005, there were eleven (11) non-occupational fatalities attributed to the mobile ride industry.

However, according to NBC news, "The U.S. Consumer Product Safety Commission estimated that 30,900 injuries caused by amusement park attractions were seen by hospital emergency departments in 2016 alone."

On Thursday the 95th Annual National Cherry Festival in Traverse City, Michigan people were enjoying their evenings. They were eating cotton candy. They were throwing rings at milk bottles to try to win stuffed animals. And they were strapping themselves into carnival rides.

Everything was as you'd expect, until The Magic Carpet ride started to tip over.