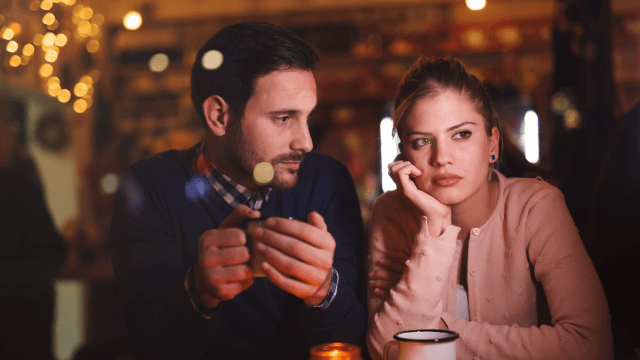 'Submarining' is the new bulls**t dating trend you need to worry about.

Human beings are cruel, petty creatures, who moan about the elusive nature of love while simultaneously building their own emotional hell. To support this bleak perspective, I present to you the latest dating trend, which is dramatically called "submarining."

Except, instead of rising from the ocean like an emotionally torturous mer-person, they send you an underwhelming "sup" text as if they never disappeared in the first place.

Submarining maybe the worst of all worlds possible, because it includes the humiliation of being ghosted, then once you've moved on the monster COMES BACK TO TORTURE YOU MORE.

While it's in the same family of emotional terrorism, submarining is NOT to be confused with zombieing. Zombieing is when an ex decides to slide into your DMs, does an apology, some eyebrow wriggling and tries to get back to smooching but really eats your brains in the end. Despite the emotional Walking Dead scenario, zombieing is slightly more dignified (ugh) because the ex at least acknowledges and weakly apologizes for the way communication ended and the passage of time.