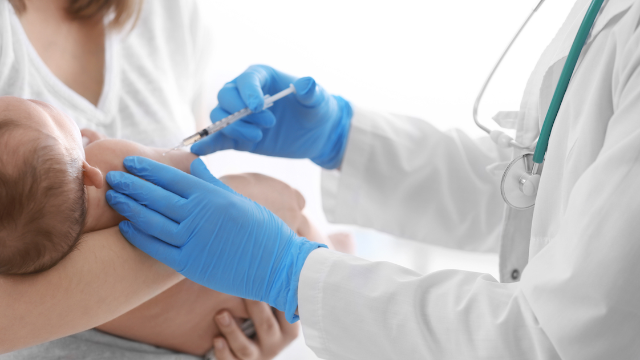 Pediatrician convinces anti-vax mom to vaccinate her child by inventing a conspiracy theory.

On this day after Memorial Day, let's take a moment to recognize another group of heroes who deserve our boundless awe and admiration: pediatricians. Not only do they work hard to keep children healthy, but they have to deal with a dangerous group of people who pose a real hazard to public health and safety: anti-vax parents. Imagine going through 8 years of schooling only to have to reason with a grown adult who refuses to vaccinate their child against preventable diseases, all because they read a conspiracy theory in a Facebook group called "VaccInashunS CawSe AwtIsM." It makes me want to punch a wall just thinking about it. Doctors and nurses in this position often face the difficult burden of having to try and change parents' views, which is especially difficult when dealing with a group of people who operate in a space devoid of logic or science, which makes arguing with them nearly impossible. But, though success stories are rare, a Reddit user recently shared their story about how a pediatrician they worked with was able to change an anti-vax parent's mind. How? By speaking to her in a language she can understand: fake conspiracy theories.