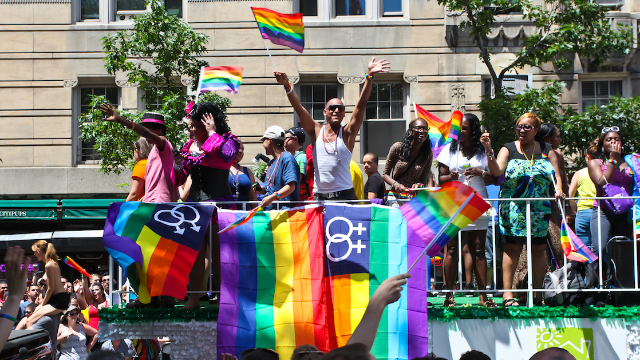 The most inspiring tweets about Trump’s plans to 'erase' trans and non-binary people.

In a horrifying new development, the Trump administration is looking into a law that would completely erase transgender and non-binary identities out of legal existence, The New York Times reports.

If put into effect, the Department of Health and Human Services would make changes to Title XI definitions of gender. The new definitions would state that gender is "unchangeable" and only female and male identities exist.

If passed, this law is nothing short of an act of psychological violence against the over 1 million trans and non-binary people in the U.S. The act of erasing someone's identity is a direct way to erase their existence and humanity, which only justifies further physical violence.

Trans and non-binary people and their loved ones have been tweeting in response to the Trump administrations ugly proposal, proving that no matter what, they will not be erased, and such human rights atrocities won't go down without a fight.