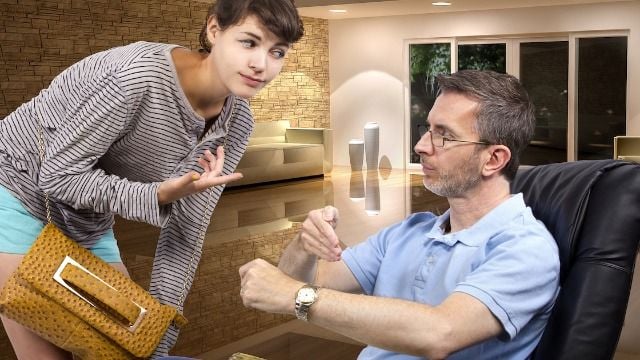 13 parents share their most awkward interactions with their kids’ new partners.

We often think about what it's like to meet the parents of a partner, the nerves and awkwardness, and myriad of emotions and preparation that go into it.

But we focus far less on what it's like to be one of the parents meeting their kid's partner, and how that positioning gives them a bird's eye view into some funny, wholesome, and disturbing relationship dynamics.

Just as plenty of people have bizarre stories about meeting their partners' parents, a lot of parents have stories about the people their kids have dated.

In a popular Reddit thread, parents shared the most shocking thing they've witnessed while meeting their child's new partner, and a few children chimed in as well.

I never thought I would strike a teenager until I saw a boy smack my daughter's a*s in front of me with impunity.

I'm not a parent, but an older brother. My sister brought a boy home who didn't know how to use a knife and fork.

My son's girlfriend was having...intimate...conversations with my son in the living room, even though I was sitting right there. I coughed, and left to give them some room, but when I came back, I found them f**king on the sofa. I had to tell them to stop because my wife was on the way and she would be pissed.