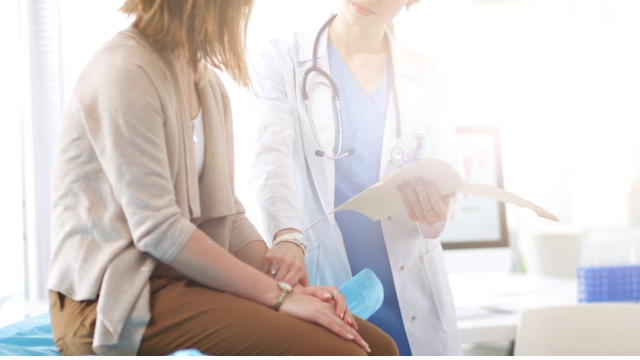 14 medical professionals share stories of patients who faked an injury or illness.

There's a difference between faking a cold to get out of school and faking serious medical problems in a hospital or ambulance...

Apparently there are people out there who will take advantage of the time of medical professionals by faking illnesses and other physical problems. Regardless of the patient's motivation, doctors and nurses are pretty hard to trick. According to Reddit, it's definitely not just teenagers looking to ditch class so they can make out in a cemetery on TikTok (or whatever it is teens love to do these days).

When a recent Reddit user asked, "Doctors of Reddit, what's the biggest case of "faking it" you've ever seen?" medical professionals everywhere were ready to share their most memorable stories of sneaky patients trying to pull the *gauze over their eyes.

1. NOT THE BRAIN NEEDLE, "Seraaphime."

We had a patient faking a seizure so my supervisor told one of us to get the “brain needle”. The patient made a miraculous and swift recovery without intervention.

One time my roommate (who is an ICU nurse) came to see one of my indoor soccer games. During the game a player on the other team went down “hurt” and starting screaming in pain and swearing and rolling around while holding his ankle before he was eventually helped off the field. He then limped over to where the fans sat and watched the rest of the game brooding in silence before he left early. After the game my roommate told me he was going to go over and see if there was anything he could do to help, until he saw that the guy was limping on the wrong leg.