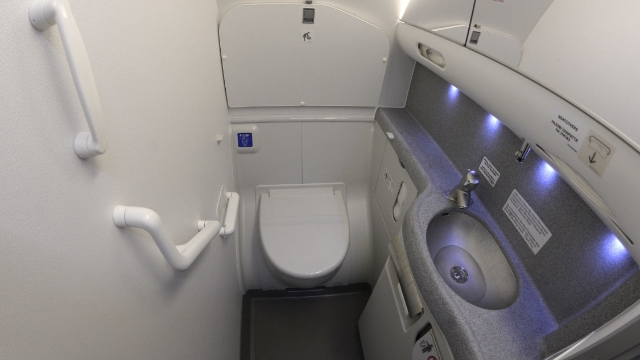 If you're going to make an attempt to join the "Mile High Club," remember to be respectful.

If you've already made the choice to try to find the romance in one of the dirtiest, germiest, tiniest public rooms, then you've beat out most people at a chance for Mile High membership. Plane bathrooms are uncomfortable enough when you're one person, but the "let's say we did it" attitude usually wins. Most of us have been on a plane and seen two people attempt to enter a bathroom together, but knowing people who have had success stories is relatively rare.

However, nobody knows more about the secrets of airplane travel than flight attendants and pilots. When a recent Reddit user asked, "Flight Attendants of Reddit, upon discovering a mile-high club attempt, do you bust the culprits or allow the mischief-makers to try to get away with it?" people were ready to share. In general, it's a good idea to keep your voices down, don't disturb other passengers and stop once anyone notices. Otherwise, you'll risk getting kicked off the plane or having an entire shuttle full of people in the sky hate you.