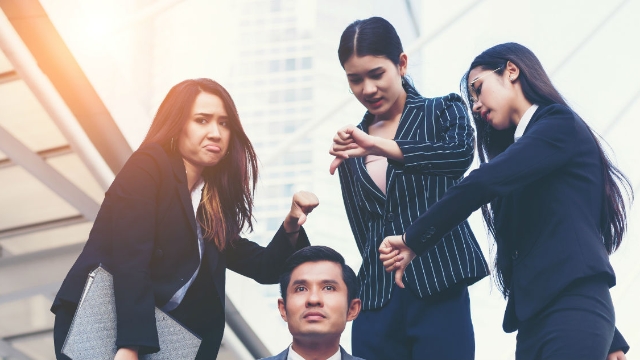 15 people share stories of the worst co-workers they've ever had.

We've all had a co-worker so uniquely awful that we're forced to deeply question every career move we've ever made.

Whether it's someone deeply irritating or just generally bad at their job, it's unfortunate that not every work environment is like a magazine office in a romantic comedy. If you've worked in retail or the service industry, you'll understand that everything that goes on behind the scenes is often far more interesting than reality television. However, if you have the right group of co-workers, the shared struggle of the same job can be cathartic, beautiful friendship.

So, when a recent Reddit user asked, "Who was the worst co-worker you ever had?" people were more than ready to vent about their tales from the hustle.

One I hired. She was our neighbor, a young mother whose husband was a truck driver. I knew they struggled with finances, had been evicted from past apartments, gone to their church for help with food and utilities, etc. When she told me she was laid off from her job at a bank, I hired her at the store I managed. It was the beginning of the busy season and I figured that would give her a few months to get back on her feet while she looked for something back in banking.

Instead, she worked for me less than two weeks. In that time, she stole from the register and another employee, was late twice, and quit by leaving her uniforms balled up in a grocery bag with a note saying she "just couldn't do it anymore." That chick was an A1 scam artist and I held a grudge against her for a long time.