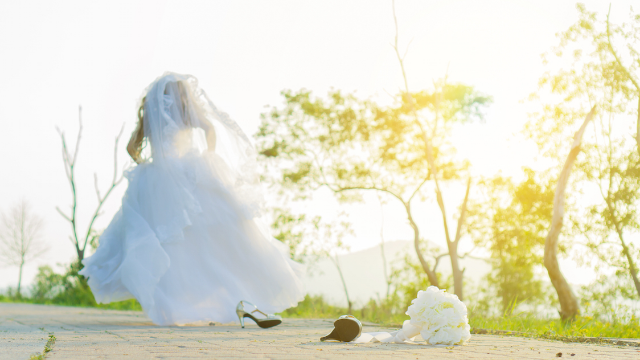 15 stories about runaway brides who left someone at the altar.

Julia Roberts' character in Runaway Bride is not the only one who has put on the running shoes and escaped her marital vows. There are all kinds of circumstances and reasons that lead someone to be a runaway bride, and the stories are just as fascinating as any Garry Marshall movie.

In a recent Reddit thread runaway brides and their close friends shared their stories, and it'll make you empathize more with the real reasons behind leaving someone at the altar.

1. NearMayhem's ex and his mom really pushed a wedding she wasn't ready for.

"On my 18th birthday, my boyfriend proposed to me at my party, in front of all of my family and friends. I said yes mostly because I was too embarrassed to say no. We had been dating for 2 years, but I was just about to start university, I wasn't ready at all. I asked later (when we were alone) if we could have a long engagement, at least a year or two and he agreed. We told our families and friends we would be waiting to get married. Less than 3 months later his mum and my mum took me out for lunch and decided to take me to look at wedding dresses, because "it's never too early to start planning" When I saw a really lovely dress that was on sale, my fiance's mother insisted on buying it for me."