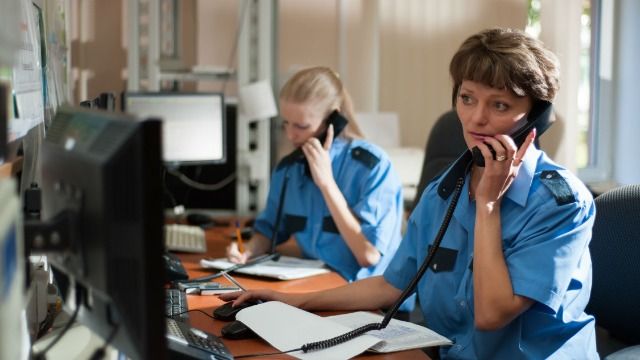 While answering 911 calls can be a highly stressful and disturbing job, sometimes the reasons people call for help can be so funny that it's hard to remain professional over the phone...

Freak accidents or non-emergencies that people somehow deem a dire situation can sometimes cause even a 911 operator to laugh. As long as everyone is safe and no one is seriously injured, "the time that guy called 911 because he thought his own reflection was a ghost" can be a fondly remembered staff discussion. Between regular shifts full of tragic and upsetting events, a funny story for emergency dispatchers definitely stands out. "No sir, that is not an alien invasion it's just a palm tree-shaped cell tower."

So, when a Reddit user asked 911 operators, "What is the funniest 911 call you've ever had?" people were ready to share the strangest and most hilarious emergencies they heard on the job.

My kid worked for animal control, we are eating dinner and 911 dispatch calls him. Some panicked lady had called 911 about an owl in a tree that couldn’t fly. It had been sitting in the tree for a half hour not moving. Of course it was just before dusk and the owl was just waiting for dark so it could go hunt for dinner. - canoe52