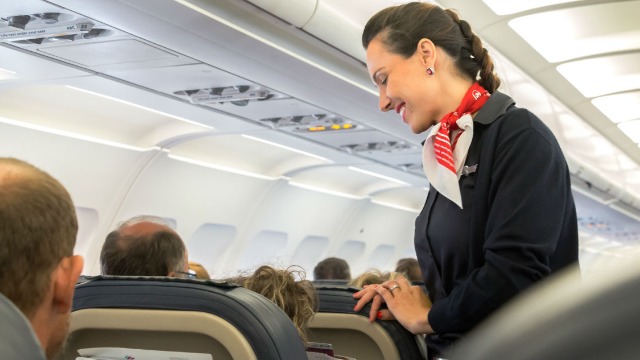 14 people share the worst behavior they've witnessed on a plane.

A lot of people treat flight attendants like waitresses in the sky, but their main job is actually to keep everyone safe.

If you're thinking about being rude to a flight attendant because your mini bottle of wine is taking too long, think about how you're defying the laws of gravity in a massive, heavy metal sky shuttle. Save your entitled rants for your private diary of Yelp restaurant drafts, nobody wants to see that...

While flight attendants do deal with every personality type humanity has to offer, serving the traveling public gives airline staff a lot of interesting stories. Loud children, unruly passengers, fighting over a touch-and-go seat recliner, couples trying to sneak off for a ticket to the mile high club-the possibilities are endless. Of course, as plane passengers we also probably have at least one story of a time when the person sitting next to us was so awful they must've been one a plane prank hidden camera show.

So, when a recent Reddit user asked, "Flight Attendants, what’s the most ridiculous passenger you’ve ever had?" people were definitely ready share their stories of crazy people on a plane...

There was an elderly couple on board and the flight was completely full. They were sitting next to each other and the wife demanded another seat because when her husband falls asleep he will put his head against her shoulder. Since this was an intercontinental flight this was unacceptable. Nobody was willing to change seats and eventually the couple got so verbally aggressive they had to be taken of the aircraft by the Dutch military police. - scaevola79