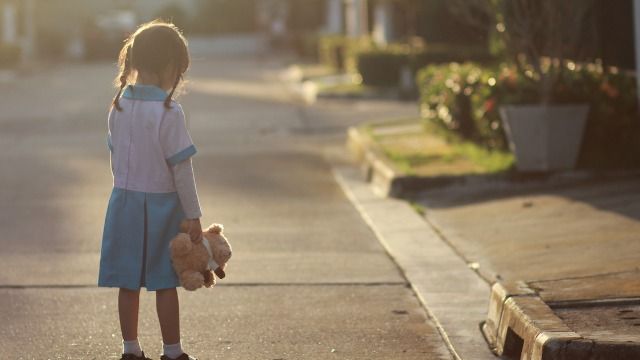 16 parents share terrifying stories their child told them about an 'imaginary friend.'

Children, while usually adorably innocent and hilarious, can sometimes be truly terrifying...

Even if you don't believe in ghosts, the supernatural, or aren't particularly spiritual, every now and then a kid can say something so eerie, wise-beyond-their-years or just plain horrifying that it makes you wonder what could possibly be brewing in their imagination. It's normal and healthy for children to exercise their creativity and conjure up an imaginary friend to liven up their playtime or bedtime routine, but is it really just a coincidence that your kid's "friend" in the hall closet has the same name as the man who died in your house forty years before you moved in? We'll never know...

So, when a Reddit user asked, "what weird or creepy stories do you have about your child's imaginary friend?" parents were ready to share their funny and terrifying stories of invisible, friendly monsters.

My wife and I were sitting for our nephew. He kept coming downstairs because there was a monster under his bed. So I marched upstairs grabbed the monster from under the bed, dragged it downstairs, opened the door and threw it out into the night.

Nephew burst into tears and was inconsolable because that was the nice monster and not the nasty monster.

So 11pm on a dark Saturday night and I am crawling around a damn wet garden looking for an imaginary monster and trying to apologize so my nephew could go to sleep! - Magnus_40