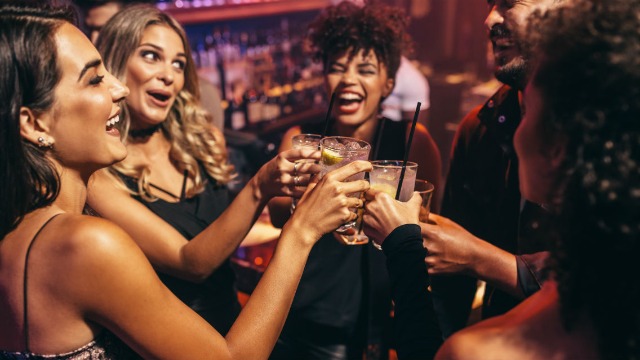 16 people share the funniest stories they tell over and over again.

We all have at least one "go-to" story that we keep in our back pocket to liven up an dull dinner party or an awkward silence at a group gathering.

Usually it's a funny, crazy, or downright weird thing that happened to you that your friends will either urge you to tell every time they introduce you to someone new, or they'll constantly have to remind you that they've already heard it a million times. When something truly ridiculous happens, it simply has to be shared! (Probably not at job interviews, though.)

The night you went streaking and ended up hitch-hiking to get tattoos with a gerbil-trainer? Totally normal stuff! If your life often feels like a big-budget buddy comedy set in Vegas, you're bound to have a few polished monologues for parties at your disposal.

So, when a Reddit user asked, "What's your funniest go-to story that is most often requested by your friends?" people were ready to share.

My friends and I were at a bar and a cover band was playing. The lead singer was being obnoxious. He was hitting on all the women in the audience in a very lewd manner, and he was being far too pretentious for being in a cover band. It was making everyone uncomfortable and annoyed. At one point during the show he says, "I would like someone special to take the microphone and say a few words." He then lowered the microphone stand so that the microphone was right where his crotch was. I don't know how he had originally planned this segment to pan out, but before he could say anything, I yelled in a high pitched voice, "I'M SO TINY!" The singer was stunned. The audience laughed and cheered. Clearly flustered, he awkwardly raised the stand again and went into the next song. I don't think I'll ever have that good of a comeback again. - 0x4A6F686E