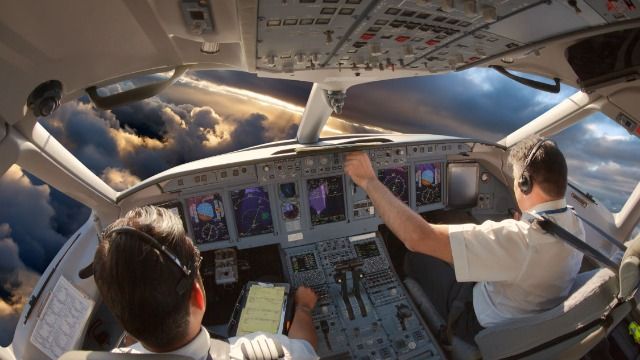 Being a pilot is an exciting, respected profession, but it's a lot of responsibility to carry when you're operating a giant, gravity-defying metal tube full of fellow human beings...

While flying eventually becomes as routine as driving a car or brushing your teeth to experienced pilots and the scariest thing they have to see at work is an entitled passenger refusing to get off their phone during take-off, some shifts can surprise even the masters. It's not every day you have to figure out whether that dot ahead is a bird, a skydiver, or a U.F.O.

So, when a Reddit user asked pilots of the internet, "what’s the scariest stuff you’ve seen while flying?" people who operate planes were ready to reveal the most terrifying things they've witnessed from the air. Aliens are...real?

Bush pilot here. Loaded an aircraft with a 200kg "dead" wild boar once. Climbed to cruising altitude and the thing starts squealing and unraveling from it's straps, it's head was poking out of the bag, looked right at me and went ape sh*t. Never been so scared in my life. No autopilot while flying in cloud and only had a screw driver for self defense. Air traffic control couldn't hear me beyond the squealing, so they wouldn't let me into there airspace, so I just found some random strip and landed there. The villagers still think I owe them a pig - lavenderglobe91