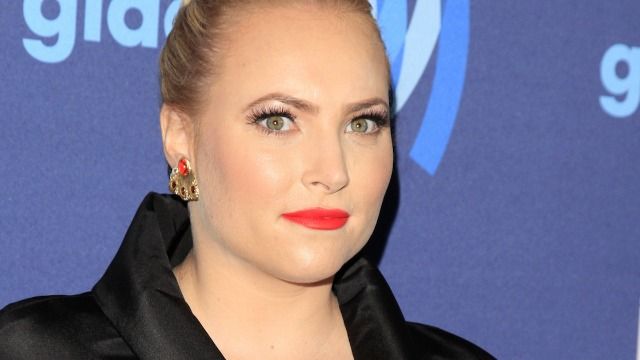 17 of the best reactions to Meghan McCain leaving ‘The View.’

Following recent backlash over her stance on abortion, conservative morning show host Meghan McCain has officially announced that she won't be returning to "The View" after four tumultuous seasons.

McCain shared with viewers that her reasons for leaving the show were mostly family-related considering the recent birth of her daughter, Liberty, and her family's move to Washington D.C., but she also cited the pandemic shifting her perspective on her life and priorities. Of course, anyone who has ever watched even a clip of the show probably suspects that the constant chaos of clashing opinions, loud interrupting and overall tension could perhaps be a factor in her choice to finally bail.

.@MeghanMcCain announces her departure from @TheView at the end of the show’s season, saying “this was not an easy decision.”

“I’m just eternally grateful to have had this opportunity here so, seriously, thank you from the absolute bottom of my heart.” https://t.co/ZiP1UTs2xu pic.twitter.com/eLuEAJ4KLT