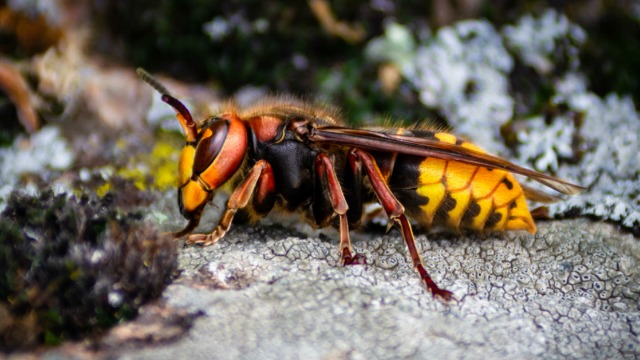 17 of the funniest tweets about 'murder hornets' to help ease the sting.

Sure, it might feel like everything is unhinged chaos right now and the world is on fire, the news is terrifying and we might never go outside again. Don't worry, though, "Murder hornets" is trending on Twitter...

If you're unfamiliar, "murder hornets," otherwise known as the Asian giant hornet, decapitate bees and destroy honeybee hives in hours like an oversized, winged horror-demon. While they have killed humans (particularly when provoked), they mostly stick to terrorizing bees. And, unless you've been avoiding all environment-related news, we actually really need bees!

Now, some people are worried that the murder hornet population in the United States is getting worse and when the nightmare-insects started trending on Twitter, so did the hilarious bee bits.

So, here are the funniest tweets we could find from people who have zero chill about "murder hornets."

“Have you deployed the murder hornets yet?”

“I think it’s time for the murder hornets.”