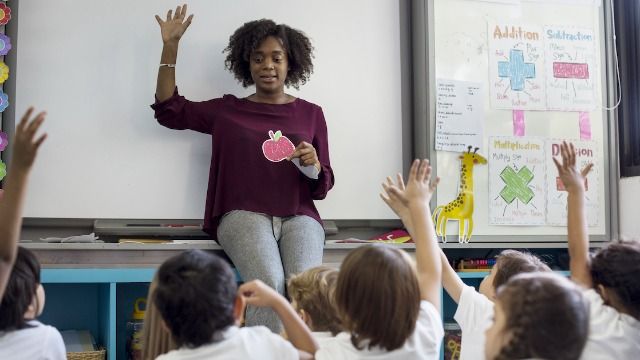 Children, especially younger ones, are notorious for having absolutely no filter.

Saying whatever is on their mind whenever they feel like saying it is a classic trait of children everywhere, but sometimes the things that come out of their mouths are hilarious, confusing, or impressively brutally honest.

Anyone who works with children is familiar with having to choke down laughter while attempting to mediate some dramatic Red Rover-related recess dispute, or the struggle to answer deep questions about how to world works to someone who has only been on it for about five years. While most teachers go into education with the hope of making a difference in the lives of future generations, part of the reward is learning every secret about Mrs. Bradley's affair with the next door neighbor from her son Timmy during morning meeting.

So, when a Reddit user asked, "Kindergarten teachers, what is the most hilariously inappropriate thing a kid you were teaching has asked/told you?" people who work with young children were ready to reveal the craziest thing they heard a tiny person confidently and shamelessly utter.