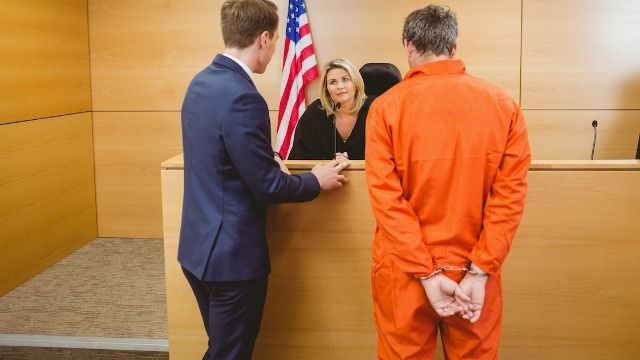 17 lawyers share the funniest cases they’ve ever worked on.

When we think of jobs with funny stories, "lawyer" is certainly not the first job title that comes to mind. To the general population, the world of law is shrouded in red tape, legalese, and long-winded proceedings dictated by rules we barely understand. Which is to say, we generally don't connect it with petty and ridiculous antics.

However, when you really break it down, the court is a place for people to settle conflicts, and conflicts can run the gamut from dark and serious to deeply trivial. Humans are nothing if not adept at doubling down on our feelings, logic and maturity be damned, and court is a place where some of the strangest manifestations of this truth show themselves.

In a popular Reddit thread, lawyers shared the funniest cases they've seen, and it confirms just how ridiculous we all are.

Cops executed a warrant on my client. GF opens the door, says he’s not there. Except there’s a huge pile of drywall and insulation on the floor of the hallway, and they hear someone wiggling around above the ceiling. Cops tell him they know he’s up there and to come down. But rather than shimmy backward 5 feet, he just punched a new hole in the ceiling and crashed to the floor.