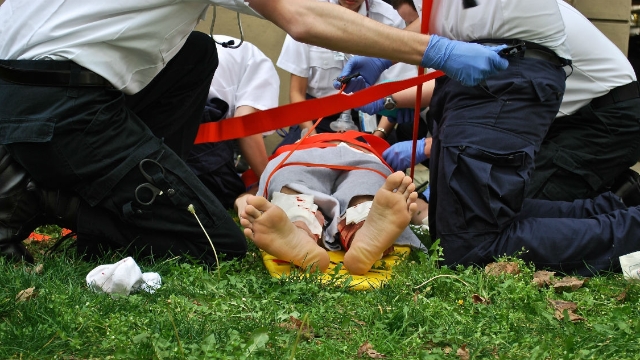 17 people in the medical field and other emotionally demanding jobs share their best work moments.

People usually share stories of their worst memories on the job before they'll share their best moments...

Humans naturally crave drama and conflict in a story, which is why if everything is going perfectly for you at work, it doesn't exactly make the best story for you to share with your friends when they want an update on your life. Unfortunately, work disasters, employee fights, and complaining about bosses usually takes to forefront in both real life work discussions and television.

We all have days at work that are so awful that they truly make us question every decision we made that led to that career path. However, we also have days so good that completely validate our daily grind and those are the ones that we should hold onto!

So, when a recent Reddit user asked the internet, "We hear a lot of worst-day stories. People with emotionally difficult jobs (police, EMS, firefighters, doctors, nurses, therapists, etc.), what was your BEST day on the job?" People were ready to share their happiest memories on the clock.

Very early in my career as a criminal defense attorney, I had a black college student charged with a shooting. It was getting a lot of media statewide due to one of the people involved being a professional athlete. After investigating, I became convinced that he was innocent and the actual shooter was probably one of the state's primary witnesses. I had only had a few jury trials at that point and they all were defendants that were guilty as hell but refused to plead out. I didn't have a ton of faith in either a jury or my own ability to handle the case/consequences.

I worked my ass off in preparation. Once we started trial, I realized I was knocking down every piece of evidence that the state was presenting. I was pumped with adrenaline and growing confidence. I tore up their star witness, who I thought was probably the actual shooter. One of the jurors actually laughed at the guy in disbelief of some of the things he was testifying to. I gave a thirty minute closing argument without even looking at my notes with the jury nodding along to everything I was saying. They were out 20 minutes and came back with a not guilty verdict. Front page news article in the biggest papers in the state. Client's mom is hugging me a crying with relief in one of the photos.

That guy still calls me up once a year to check in. Married, kids, solid white collar job. I always think of that case when I start to have doubts about doing defense work. - WinterPush