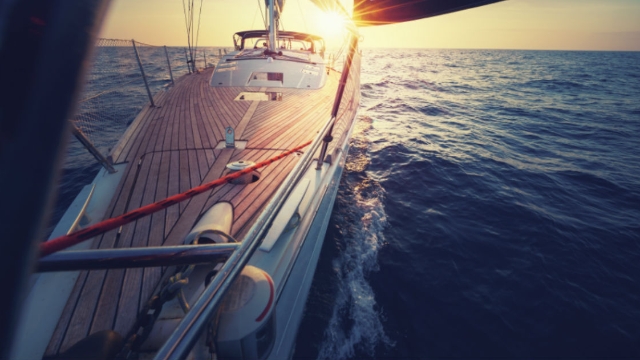 Scary things can happen at sea...

Remember when ancient sailors were so far from the shore that they started to think manatees were buxom topless women with fins brushing their hair and singing on rocks? While we know a lot more about the world now (mainly that it's round and there's no such thing as mermaids) there's still a whole lot of mystery surrounding the ocean.

When a recent Reddit user asked, "Sailors and boaters of Reddit, what's the most amazing or unexplainable thing you've seen at sea?" people were ready to share their tales from the waves. Warning: dolphins are better than humans.

We were sailing through an area of high biological productivity in the north Atlantic one night. My shipmate was on bow watch, I was on the quarter deck assisting the mate with whatever needed to be done. I suddenly heard my shipmate yelling my name and saying I needed to come up to the bow as quickly as I could. When I got up there, I saw seven or eight bottlenose dolphins swimming through bioluminescent water right under the bow of our boat. Every inch of them glowed green. It was like something out of a dream. They looked like glow in the dark torpedoes. When we looked out across the horizon, we saw green spots everywhere. There must have been close to 30 dolphins swimming around. We got almost the entire crew out of bed to come watch.

That's definitely something I'll remember for the rest of my life.