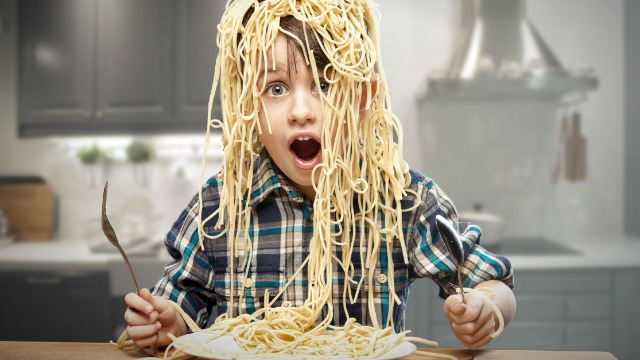 18 people share a weird habit they found out wasn't normal.

It's always an awkward moment when you share a habit or quirk of yours with a group of friends only to learn that it's not at all a normal way to behave...

Sometimes as children we develop a routine that seems normal simply because we've been doing it for so long, but then you grow up and learn that nobody else eats cereal with a straw while counting to 60. Whether it takes you years to discover you're a freak for putting lemon juice in your shampoo or your parents discover their kid is very confused about how life works, we all have at least one behavior that we're convinced is "normal" and just isn't. Remember the raisins in potato salad controversy?

So, when a Reddit user asked, "What's something you've always done that you've considered perfectly normal, only to recently discover that it was not?" people were definitely ready to share their weird habits.

When I was younger I hated pasta sauce. So when we ate pasta, I would grab butter and melt the butter in the pasta, and then mix in cinnamon. I did it all the time and it became normal for my family. Then I went to a friends house and asked for cinnamon when they were serving pasta for dinner. Everyone watched me like I was a science experiment as I prepared, and then ate my cinnamon pasta. - Supaslags