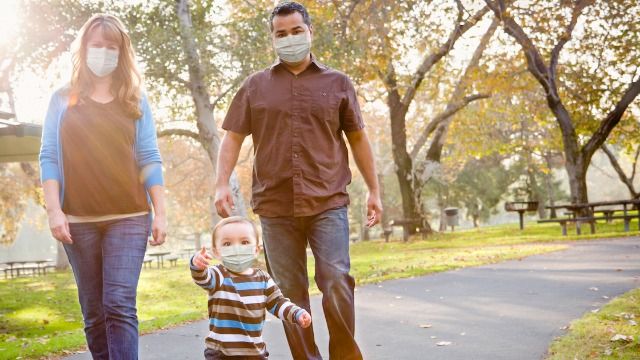 Tucker Carlson of Fox News got "Child Protective Services" trending on Twitter after a clip started circulating where he is shown advising people to harass strangers wearing masks outside and to report parents for putting masks on their children outdoors...

In an unhinged, borderline satirical rant that almost impressively strays from logic, reason, science, and basic human decency, Carlson compares wearing a protective mask outdoors during the COVID-19 pandemic to children being punched in the face before they head out to recess. The clip also has Carlson associating mental illness with liberalism, but it's probably healthiest for us all to only unpack one ridiculous theory at a time...

Tucker Carlson is now telling his audience to harass people who wear face masks outside.

If they see children wearing masks, Tucker says the response should be no different than when you see a kid being abused -- "call the police immediately, contact child protective services" pic.twitter.com/4svVH0JY3s

While it's true that COVID-19 does not spread as easily outdoors as it does indoors, as of April 19th, the CDC still recommends wearing masks outdoors when social distancing is not possible. Crowded parks, outdoor events, or gatherings between different households are all examples where masks are more useful than "this grotesque version of Halloween," as Carlson so gently puts it.