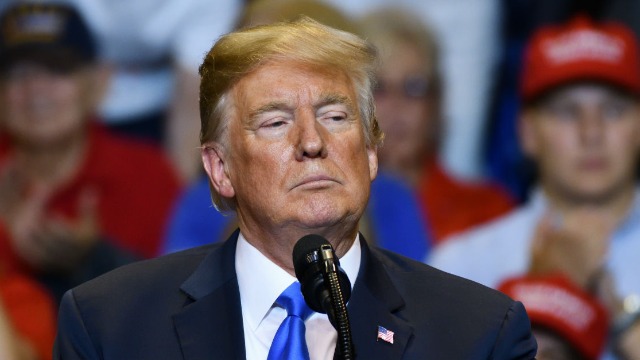 19 of the funniest tweets about Trump's threat to ban TikTok.

This weekend, President Trump revealed that he wants to ban TikTok from operating in the United States...

TikTok, the app that is incredibly popular with dancing teenagers, activitists, comedians, musicians and Millennials hopping on to figure out what it's all about, is usually known for its viral, uplifting and highly entertaining, quick-witted content. Overall, TikTok is a fun social media platform that offers cool editing tools and lip-syncing videos are the reigning genre. Users can split-screen videos with the "duet" feature, share their sound with other users, or respond to comments with a video. According to the New York Times, TikTok is the primary platform used by music executives and talent agents to scout aspiring entertainers.

Sarah Cooper, who has gained a massive following during the quarantine for her hilarious Trump lip-syncing videos might be behind Trump's disdain for the app, according to Vogue. Or, maybe Trump just has a problem with teenagers choregraphing viral arm-movements from their parents' mansions?

Regardless of Trump's reasoning, Twitter had a lot to say about the president's desire to ban the app that has given countless young people their big break in the entertainment business. TikTok influencers won't go down without a fight! So, here are the best tweets about Trump's threat to ban TikTok. Enjoy!