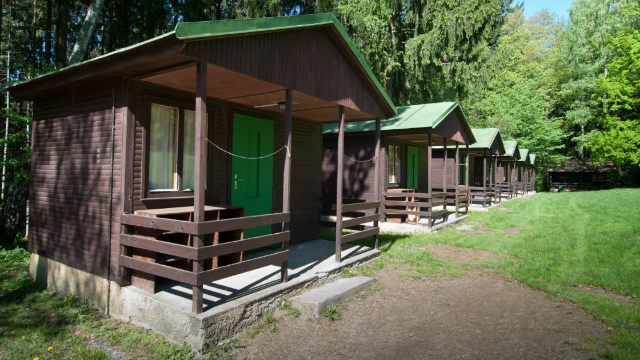 19 people share the creepiest things that have ever happened to them. That man was Ted Bundy.

The world is a pretty scary place and nobody gets it more than the internet. We all have at least one pretty unexplainable moment from childhood or recently where a door slam, a shadow, a turning door knob, or a strange voice seems to come out of nowhere. Is it a ghost? We'll never know...

While it's probably unlikely that ghosts exist (don't curse me, spirits!) unsolved mysteries can drive anyone crazy. So, when a recent Reddit user asked, "What is the creepiest thing that’s happened to you?" the internet was ready to share their flashlight-under-the-chin campfire stories with the world. Get ready to shiver, these are truly horrifying...

I was at a church girls camp the summer I was 17. I was a youth leader, so I (along with 6 other girls) arrived the night before the main campers. We naturally chose the cabin furthest back from the adult leaders' cabin to sleep in. These old wooden, drafty cabins had log walls, 4 bunk beds, and a mesh screen door with no latch.

That night, I was the last one to fall asleep. I woke up randomly at 1am, looked at the door, and saw the shadow of someone standing directly outside the door. I heard a faint knock, but was too petrified to move. After a few seconds, the shadow moved away. I never fell back asleep.

The next morning, I checked with all the adult leaders - they had done final rounds at 10pm, and had all fallen asleep after that. We were nowhere near the the trail to the bathrooms, and there was no one else on site except the girls in my cabin and the adult leaders.

I tried to brush it off, convincing myself I was imagining things in my sleepiness, and mostly succeeded, until later that night one if the other youth leaders in my cabin piped up and said "umm.. did anyone else see someone standing outside our door last night?"

We slept in a different cabin that night.