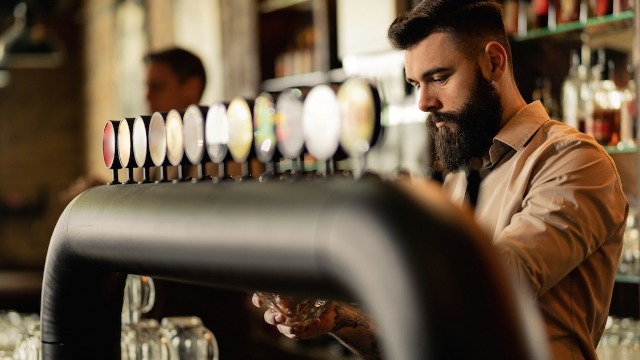 20 bartenders share the craziest things that have happened at work.

Bartenders have seen it all: the best of people, the worst of people, and everything weird that goes in between.

While most long-time bartenders have a slew of stories to pull out among friends, there's always one that tops the rest. Sometimes it's a customer who is so far-gone they enter another realm of behavior, other times it's a chain of events that feel near cartoonish, whatever the details, wild bar stories are abundant and legendary.

In a popular Reddit thread, bartenders shared their craziest stories on the job, and it's a huge reminder to tip big when drinking.

I will start. I tend bar at an Irish Bar in MN. I like to work week nights because they aren't as busy as weekends but I still make plenty of dough. Anyway, this was a Monday night, it was late in the evening so I was the only employee left working. The manager and other servers had gone home and I was left alone with 8-10 of my regulars. In walked a young man who had clearly been over-served somewhere else. He sat down and tried to order a drink but couldn't articulate what he wanted. I told him that all I was giving him tonight was water.