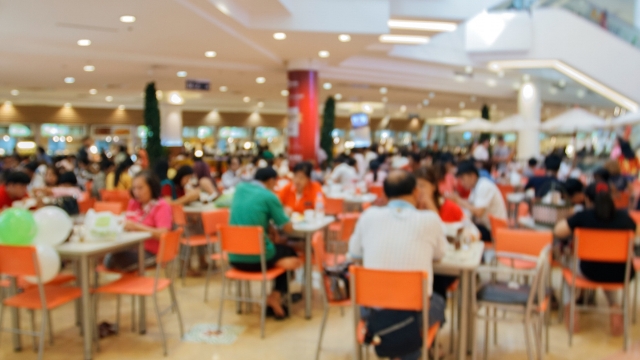 Most people save their biggest displays of unhinged behavior for the safe privacy of home, but there are exceptions for every rule, and the people who fly their freak flag in public make life a helluva a lot more fun.

Who among us hasn't at least witnessed one stranger completely losing their marbles in a public space? Better yet, who among us hasn't walked into a scene that felt completely surreal and incomprehensible? While these moments are rare and numbered, the weirdest public scenes haunt our brains forever with a beautiful and terrifying force that cannot be tamed.

In a popular Reddit thread, people shared the most hilarious and outlandish things they've seen go down in public, and some of these sound straight out of an Adult Swim clip.

1. OP kicked it off with a riveting tale of a monkey fighting a dog.

I was waiting out front of a truck stop back in the mid 80's. Sitting on a park bench with a guy that had a big Rottweiler kinda dog on a leash with him. I tried to make small talk but he was quite a sourpuss. So we sat in silence for a few minutes until the most unexpected thing I have ever seen, happened right before my very eyes.