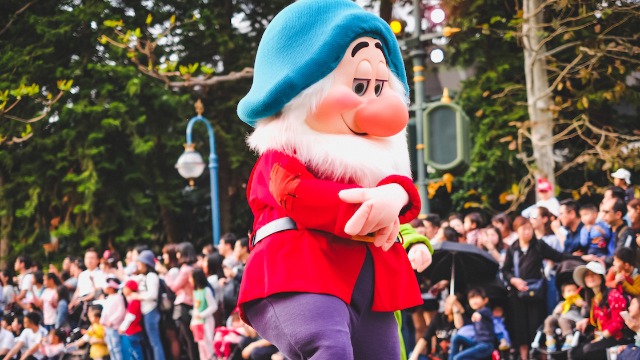 Working at any of the Disney theme parks involves a whole lot of interfacing with the public, and the people who are drawn to theme parks tend to run the gamut from friendly casual visitors, to deeply unhinged obsessive types.

While all customer service jobs include some stories from the battlefield of the public, there is an extra kick to any story that goes down while you're dressed as a fictional characters.

In a popular Reddit thread, people who worked as Disney characters shared their creepiest and weirdest stories from the job, and they all deserve raises.

Not so much "behind the scenes" stuff, but one of my favorite stories. I worked at Epcot for 8 years, and this happened sometime in the early '90s.

There was a couple from somewhere in the Midwest that had driven to Miami to adopt a disabled child (their 9th?). On the way home they decided to stop at Disney World for the kids. After pulling into the Epcot parking lot, their handi-van caught fire. They got all the kids out, but the van was a total loss. Disney put them all up in one of their hotels while the couple tried to figure out what to do next.