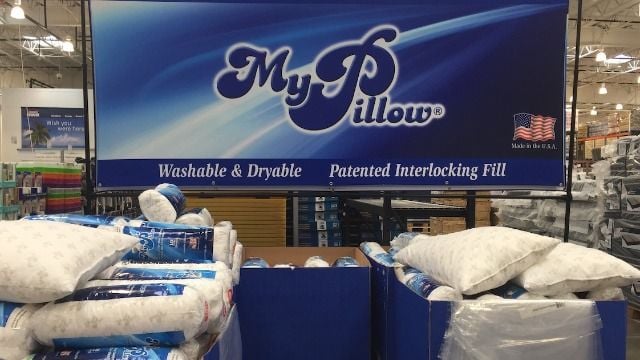 20 of the funniest responses to ‘MyPillow’ CEO getting banned from Twitter.

The Trump supporter Mike Lindell, also known as the CEO of MyPillow was banned from Twitter on Monday night.

The decision came after Twitter made a new policy to ban anyone sharing misinformation about the election, following the attempted insurrection on January 6th.

While it's not clear which specific tweet got Lindell kicked off Twitter, he has been outspoken about supporting Donald Trump after the January 6th insurrection attempt.

Lindell called the attack "very peaceful" and blamed "undercover antifa that dressed as Trump people" for the attack, according to The New York Times.

The major Republican donor also claimed that "Donald Trump will be our president for the next four years," earlier this month.

Mike Lindell releases a video from the plane on his way to meet general Flynn and Sidney Powell, declaring Trump will be President for 4 more years! @ TommyRobinson pic.twitter.com/YpOqgEFQ56

Twitter wasn't the only company to take action against Lindell, Bed Bath and Beyond and Kohls removed his products from their stores after his comments supporting the Capitol siege.