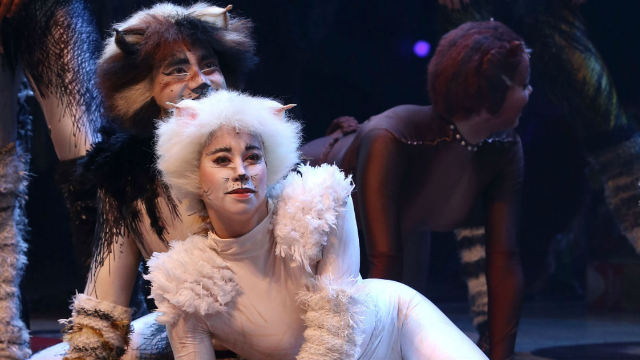 "Cats" already looks like a terrifying lesson in why CGI has gone too far.

In case you haven't heard of this certain disaster yet, here's the trailer:

With an all-star cast and Andrew Lloyd Weber's award-winning score it certainly has a lot going for it. Still, the Broadway musical gave it a certain level of suspension of disbelief that people could get behind. Onstage, we know people can't magically turn into cats but it's fun to see dancers in elaborate tights lick their hands for two hours. However, turning this musical into a movie was an idea that I hope somebody had while high as hell on a boat in the sun.

Already, there's no plot. The musical was fun because it had pyrotechnics and great costumes and one objectively, undeniably great song ("Memory"). The entire story of "Cats" is that one cat gets to die and be reborn into a new cat life once a year at the "Jellicle Ball." What's a Jellicle, you ask? Don't worry, there's an entire song about it. There's no villain, there's no protagonist--the entire show is each cat trying to prove why they should be the one who gets to die. And now we get to add celebrities with computer fur to the mix? NO THANKS.