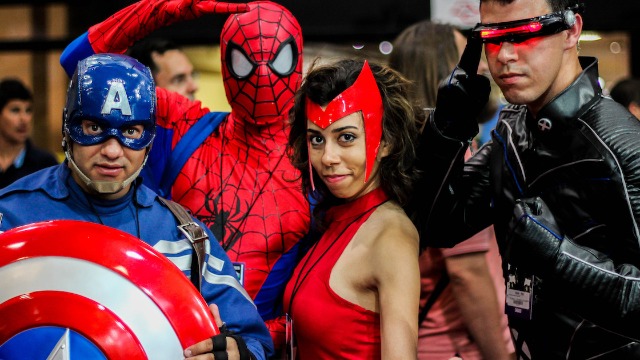 20 hotel employees share the wildest stories from Comic-Con and other costumed conventions.

People who work at hotels truly see it all: the good, the bad, the ugly, and the WTF moments that leave them slouching in an endless shrug. One of best parts of working in hospitality is collecting and comparing stories of all the different groups that come through, and few groups are as memorable as Comic-Con guests, furries, and guests at any costumed convention.

In a popular Reddit thread, hotel employees and other people who have worked costumed fan conventions shared their wildest and most memorable stories and they truly range from hilarious to terrifying.

I used to work at a yearly convention at a hotel in San Jose, California. Some of the more..."earthy" people who attended would use the hot tub. A lot.

It was no secret that 1) Strange bodily fluids would wind up in there, and 2) The water gradually changed brown due to people not showering before they went in. As a result, by Saturday afternoon the hotel's hot tub was always shut down for cleaning and changing the water.