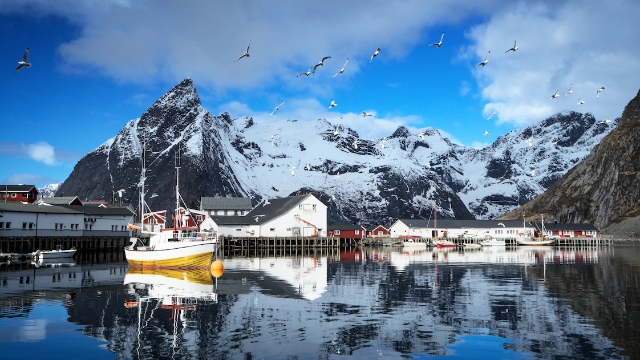 20 of the strangest places people have woken up after a wild night of partying.

In a perfect world, everyone would stay thoroughly hydrated during a night out on the town, and the night would end with adults slumbering in their own beds, safe and sound after a night of debauchery. But anyone who has partied knows this isn't how things go down, many times the wildest nights transition into disoriented, headache-filled, mornings where you wake in a mysterious location.

Of course, if waking in mysterious places is a pattern, it's probably time to cut back on the partying or at least moderate the drinking. That being said, having a tale or two under your belt doubles as entertaining dinner conversation and a reminder to hit the water on those crazy nights.

In a popular Reddit thread, people shared the strangest places they've woken up after blacking out, and most of these people are just lucky to be alive.

1. OP kicked it off with a bloody bang.

I once woke up in a snowbank with a dog licking blood off my face. I was walking home wasted in the middle of winter and I slipped on some ice and went face first into the pavement - my hands were in my pockets so I didn't catch myself. I sat down on the snowbank and grabbed a handful of snow to put on my face to stop the bleeding. I had planned to stand up and walk home after a few minutes when the blood wasn't still pouring out of my chin, but it was late and I was tired and drunk. I fell asleep. Woke up several hours later with a dog licking the blood from my face.