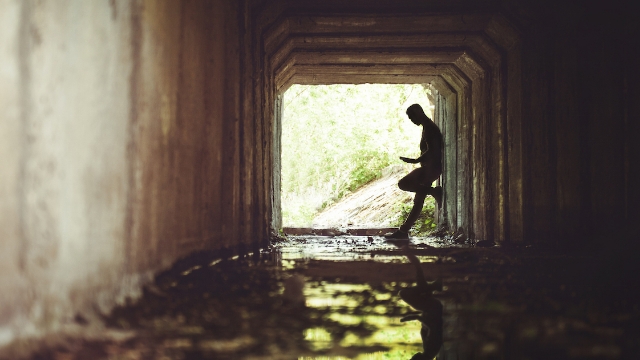 20 people share the creepy experiences that made them believe in the supernatural.

Even some of the most adamant skeptics have survived experiences that cause them to believe in the possibility of ghosts, or a large ominous spiritual world.

In some cases these stories take the shape of a mysterious interaction with a person (or ghost figure), an inexplicable gut feeling, or some sort of psychic premonition. Other times, it's a run-in experienced by multiple people, a strange blip in time or the weather, or an unexplainable form of protection.

In a recent Reddit thread, skeptics shared the personal stories that made them believe in the supernatural, and it's best to read these while it's light out.

I was riding my bicycle down a narrow path. Maybe 30 meters in front of me was an elderly woman also on a bike. I was going fast and catching up to her quickly. I was a couple of meters from passing her when the path took a right turn and she was out of my sight for a second.

I should have been right behind her after I, too, had taken the right turn, so imagine my surprise when she had just...vanished. There was an open field to the left, a highly fenced off area (with no gates) to the right and one straight road ahead of us - no trace of her anywhere. I know the area well and there is no way she could have been hidden anywhere. This woman just went POOF and it puzzles me to this day.