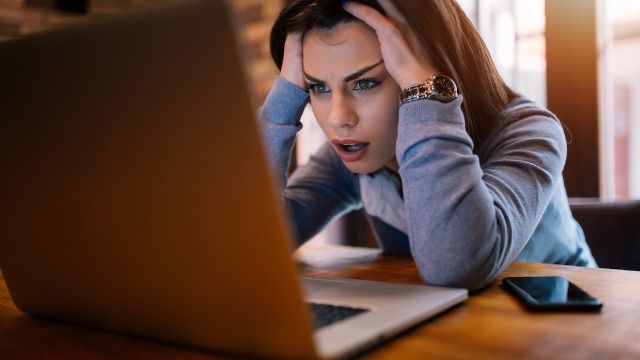 One of the greatest internet joys is when you log onto social media and are immediately greeted by the most cringe posts ever. Watching something deeply embarrassing unfold can feel like a reality show in real time, except instead of Bravo TV it's your personal news feed.

While it can be uncomfortable to witness someone exposing themselves in real time, it's also near impossible to pry your eyes away from the deep cringe. Sometimes you just have to buckle in and absorb the train wreck, and the growing plethora of online threads exposing cringe are proof that it's abundant.

In a popular Reddit thread, people shared the cringiest thing they've seen on social media, and it's truly the beyond.

A guy I grew up with is the biggest piece of s**t I’ve ever met. He had absolutely zero social skills, would show up at your house unannounced all the time, and lied about f**king EVERYTHING. He claimed he had been raped, his house had been broken into, he’d murdered in self defense, he had purchased cocaine from a crooked cop— ALL OF THIS was disproven within nearly hours of each claim.