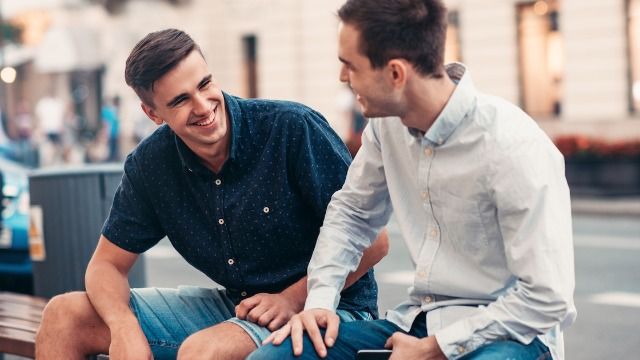 20 people share the funniest or weirdest thing they've overheard someone say in public.

There is nothing quite like the pure amusement you get after accidentally overhearing a weird snippet of a stranger's conversation.

Lacking context can make passing quotes from strangers infinitely entertaining, and in some cases deeply concerning. The most memorable ones can turn into their own flash fiction in your brain, as you imagine and fill in the rest of that person's story.

In a popular Reddit thread, people shared the funniest, weirdest, and most repulsive things they've overheard someone say.

"Overheard" is not the right word, "couldn't ignore" is closer. A guy in a very expensive suit was walking through a parking lot, pissed off, screaming into a cellphone "…THERE'S BEEN A CREW THERE FOR A WEEK AND NO WORK IS DONE! I NEED YOU TO LIGHT A FIRE UNDER THAT GUY'S A**…"

Then he tripped on one of those concrete tire stops at the end of a parking space and did a full-on faceplant straight into the blacktop. He never put his hands out in front of himself to break his fall, he held his phone right to his ear and HE NEVER STOPPED B**CHING AT THE GUY HE WAS TALKING TO, all the way down. Honestly, the other guy probably didn't know this guy had just blasted his face and his $800 suit straight into the pavement. Just SPLAT, tripped but b**ching all the way down, and all the time he was rolling around in his business suit trying to get back up and the whole time he walked away. He didn't miss a single beat.