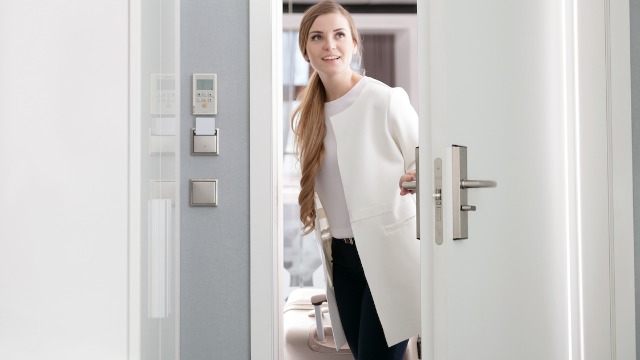 20 people share the most shocking thing they've ever walked in on.

Have you ever walked into a room and immediately wished you could delete your brain?

There are some instances when opening a door reveals far too much to us, and we are left with a shocking image burned in our psyche forevermore. In some cases, it's a predictably NSFW scene of physical intimacy, while other times it's far more bizarre and hard to explain. Whatever the scenario, the most important lesson to be learned from these situations is to always knock.

In a popular Reddit thread, people shared the craziest thing they've ever walked in on and it truly runs the gamut.

Grade 4, recess, nearly half of my school "walked in on" a couple having sex in the soccer field behind our school. They did not stop, even with hundreds of little kids watching.

Walked into a public bathroom and there were two guys, on opposite sides of the room, fapping to one another.

I used to work for a cellphone store a couple years ago. Our customers were mainly gangsters and organized crime, who always came for ghost lines and disposable phones. My boss knew them all on a first-name basis, but I thought nothing of it. One day as I came to open up shop (I was the manager), I unlocked the door, opened it, and found myself face to face with his hanging body. It was f*cked up. Later on I found out he owed a lot of money to a loan shark. I'm not sure why. He was a good guy, I still miss him.