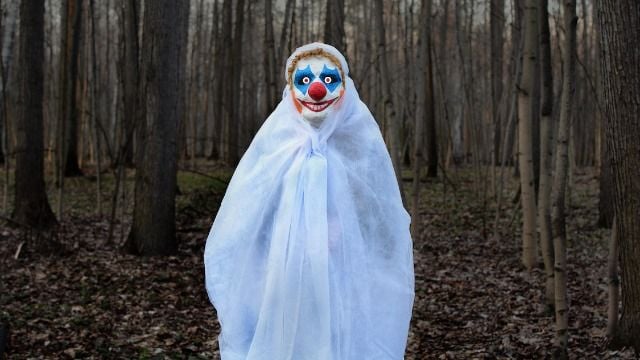 If you were alive in 2016, which I'm assuming you were since you're able to read this (unless you're secretly a Baby Genius, in which case please DM me because I have a lot of questions), then it's likely you remember the strange amount of clown sightings.

Officially dubbed the "Great Clown Panic of 2016," the strange moment in modern history all started in South Carolina, when it was reported that clowns were lurking in the woods outside the small town of Greenville. In one report, a woman claimed her son witnessed "clowns in the woods whispering and making strange noises."

Soon after the initial 2016 clown sighting, a rash of other reports cropped up, including (but not excluded to), a clown chasing a teen out of the New York subway, a woman in Alabama encountering a menacing clown in a Walmart parking lot, and a Kentucky man getting arrested for hiding in the woods in clown gear. The full list of encounters shows just how many states were afflicted by clowns, some of whom dressed up as fake killer clowns.