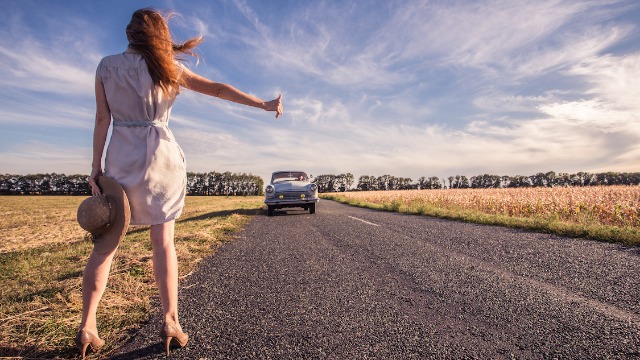 The days of hitch-hiking feel long lost with the advent of ride-sharing apps, and the general convenience of a world filled with smartphones.

And yet, there are still circumstances where people find themselves wandering the open road looking for a ride, and it wasn't that long ago that this was far more common.

While some people are apprehensive about the potential risks of picking up a stranger, others relish the adventure and connection of opening their car to someone mysterious.

As evidence that not all strangers are dangerous or scary, a popular Reddit thread is full of stories from people who picked up hitch-hikers and lived to tell the tale.

To be fair, if they had been murdered it would be very hard for them to write on Reddit.

I don't know if this woman counts as a "hitchhiker," but she was running down the side of the road screaming and waving her arms, begging someone to stop, so that's close enough I suppose.

This was a mixed residential/commercial street in a really sh*tty neighborhood of a major East Coast city in 1996. I was sixteen years old and erroneously convinced of my own indestructibility. So, when I saw this woman running down the sidewalk, tears streaming down her face, screaming and waving her arms, I started slowing down.