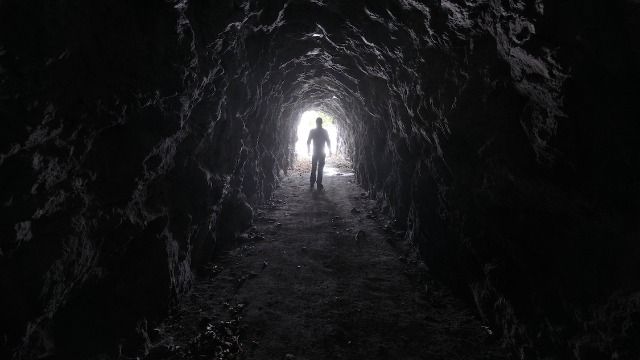 Have you ever felt like you were in the middle of a Looney Tunes cartoon, looking down at the steep fall below you after stepping off a cliff (and temporarily defying gravity because you're in a cartoon)?

Or more currently, have you ever personally related to the meme of Ralph Wiggum sitting in the back of the bus, eyes bugged, laughing while he exclaims: "I'm in danger!"

Our world is the Ralph Wiggum of planets. pic.twitter.com/npQIFf4hUm

If so, then you know there are times when danger sneaks up on you so stealthily you don't realize just how mired you are in it until it's too late.

In a popular Reddit thread, people shared stories of times they found themselves feeling like Ralph Wiggum, and it ranges from funny to terrifying.

In Iraq in 2004, my unit was tasked with pushing from Hit to Fallujah in order to find and destroy Muqtada al-Sadr's Mahdi Army. In one of the cities we cleared, we were about to assault a 5-story building that intel had informed us was defended by more than 100 insurgents.