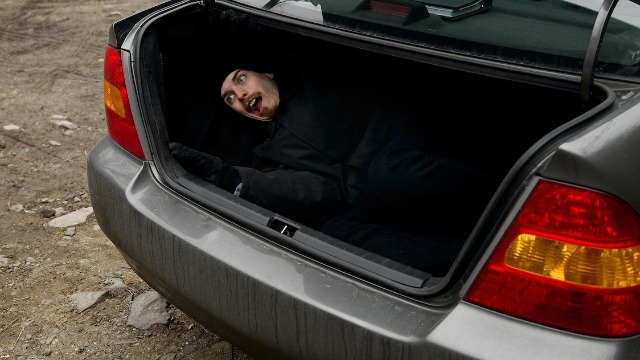 20 people share times they had an explanation for being caught in crazy and suspicious situations.

Some of the most gripping movie plots are punctuated with scenes where a character has to quickly explain themselves out of a suspicious looking situation.

Maybe they are innocent person who just so happens to be wielding a bloody object a stone's throw from a crime scene, or perhaps they look like they're trespassing while trying to get into their home, whatever the scenario, the most compelling "wait let me explain moments" often feel too cartoonish to happen in real life.

And yet, the real world is often weirder than any fiction, and there are moments when people find themselves caught in a bizarre scenario straight out of a movie plot.

In a popular Reddit thread, the OP asked people to share their craziest "I can explain" stories, and the internet delivered.

1. OP kicked off the thread:

Here's the full story from the title:

So, some friends are driving around New Jersey. Said friend is the member of a band and, with him, is the other 3 members of his band, his girlfriend, and another friend. That's 6 people. The car only has seats for 5. So, on a trip to the gas station, one bandmate figures it'd be fun to ride in the trunk.