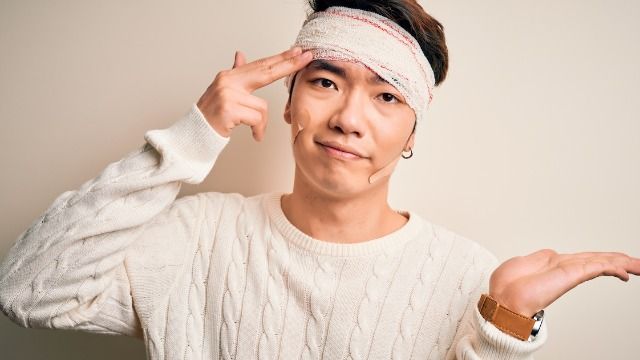 20 people share the white lies they tell because the truth is too complicated.

In some cases, a lie is a big elaborate project meant to conceal your truth from the public. Lies can be used to cover up devastating violence, hidden identities, and people's true nature in ways that spread danger and confusion.

However, there are times when white lies are more a function of convenience than an insidious conspiracy. During small talk or other brief interactions, a white lie can sometimes simplify an otherwise complicated truth that strangers or acquaintances aren't ready for. Even when that's not the case, once a lie has become a habit, it's hard to untangle it from your brain.

In a popular Reddit thread, people shared white lies they tell about themselves because it would be too complicated to explain the truth.

In reality, I'm totally fine with it. However, I have a condition known as hyperhidrosis, which means that my sweat glands are hyperactive. I sweat A LOT and pretty much constantly. For me, I sweat the most from my hands and feet, but others also sweat heavily from their underarms. It's not something I can control or manage easily. People who have shaken hands with me are grossed out and actively try to avoid me touching them. So rather than tell people this and open myself up to "Ew, that's so GROSS," and stuff like that, I just say I don't like physical contact.