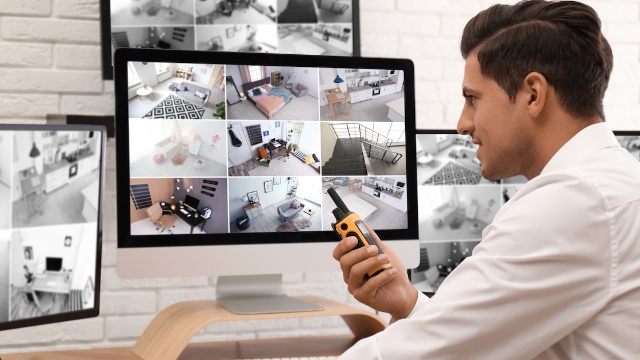 When you're in a public space, it's best to assume you're being watched. Security cameras are everywhere, and there's often someone whose sole job is watching over these tapes to catch thieves and really, any bizarre or reportable behavior.

While most days on the job are predictable or uneventful (despite our qualms, no one cares if you pick your nose), security guards do catch some truly wild and unexpected behavior.

In a popular Reddit thread, people who watch security cameras at work shared the most bizarre things they've seen on camera.

Nuclear security here. We're on a river. Our cameras have some decent zoom capabilities and we have seen a few couples get it on on the shore on the other side of the river. The most interesting thing I think would be the deer and the coyotes. A pack of coyotes chased a deer around on the frozen river until it fell in the water right next to our intake. Well it froze to death with just the neck and head sticking above the ice. The coyotes lost interest but a mother and baby bobcat would come over every night and chew on it. The wildlife is definitely the best part of our nights usually. That and Netflix.