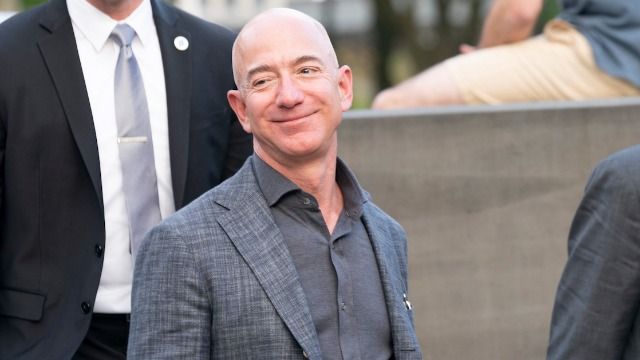 In case you're in the mood to remember you're not rich today, Amazon founder Jeff Bezos just got back from a ten minute joy ride to space.

Normal people go to Disneyworld's spinning teacup ride when they need a reminder that it's a small world, but billionaires can apparently fully fund little space missions for themselves that launch them off the planet Earth and back.

The Billionaire Bezos space jaunt is remarkable as Mary Funk (now the oldest person to go to space) endured rigorous astronaut training in the sixties only to be denied along with her fellow female peers. At 18-years-old, Daeman is now the youngest person to enter space after he won the 28 million dollar seat by bidding for it at an auction. Say what you will about Gen Z, but they're not just dancing on TikTok and complaining about Millennials being "Cheugy," some of them are hitching a first class ride out of Earth.